Problem: User-Import does not load

When starting the User Import via School Administration the module will not start. 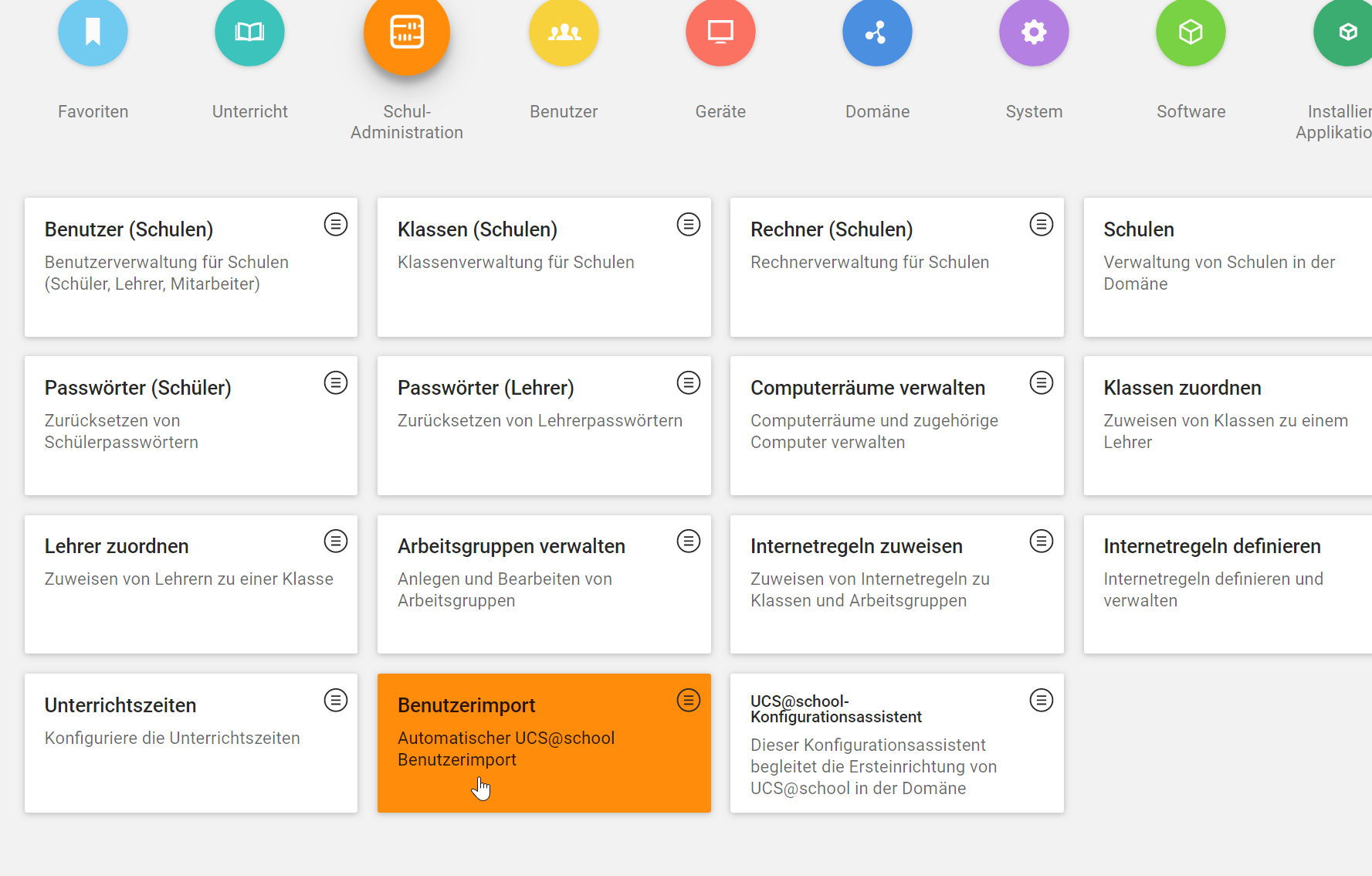 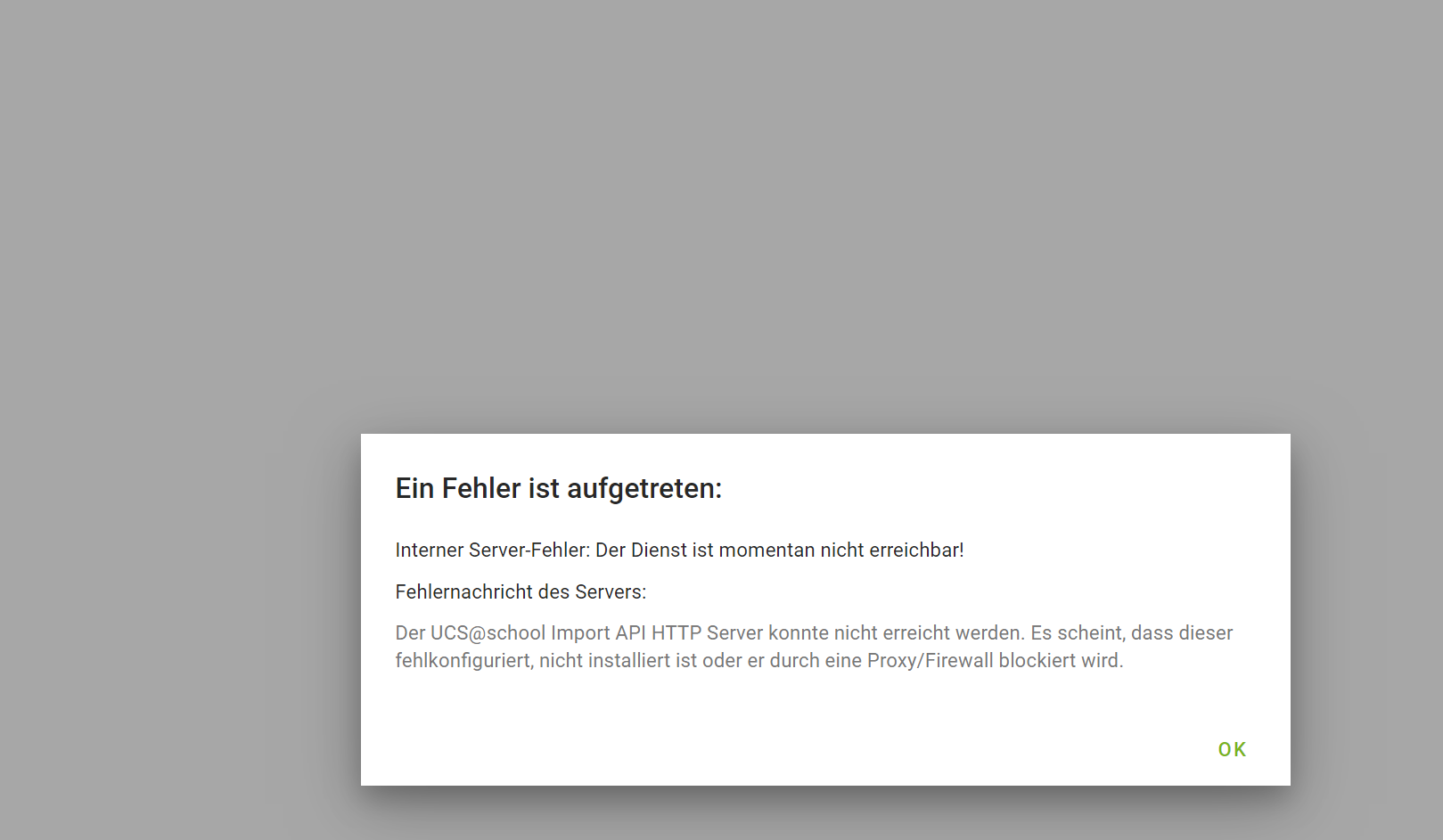 If a service is not Active: active check for the respective package state

This results in the described problem, however ucs-school-umc-import might be installed so the tile for the User Import is visible in the UMC.

the installation will also install all dependencies. Now you should be able to start the User Import module

Problem: No permission to start an import at a school Community

Problem: Message: An error has occurred The request could not be executed. Error message from the server: No permission to start an import at a school Solution: In order for you to be able to use the module, there is the following security concept: It allows users to grant rights to perform imports only at certain schools and only for certain user types, as well as to view the results of these import jobs. During installation, a $OU-import-all group was created for each school. The UCS@scho…