Problem: DHCP "not authoritative for..."

The configuration is missing the “authoritative” statement

Given that the the DHCP-Service provided by UCS should act as authoritative it is required to add a “DHCP statements” policy as mentioned in Further DHCP policies which at least should contain the “authoritative” configuration.
Example:

If there is no policy with an “authoritative” variable you have to create it. Use either web based UMC or use udm as follows:

Once the policy is created, attach it to the DHCP service (Again, through UMC or udm):

Web based with UMC as Web-UI 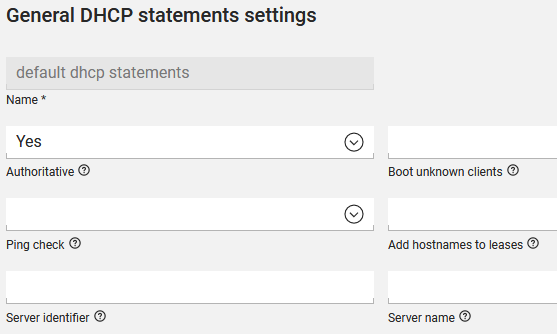