PFSense via LDAP or Radius to UCS

I want to use the OpenVPN server on the PFSense
Simple configuration: RoadWarrior -> WAN -> LAN

In PFSense I have the possibility to get the users via LDAP or radius from another server. UCS offers both. What is the easiest to set up?

The LDAP-Connector has many options I have never used before: 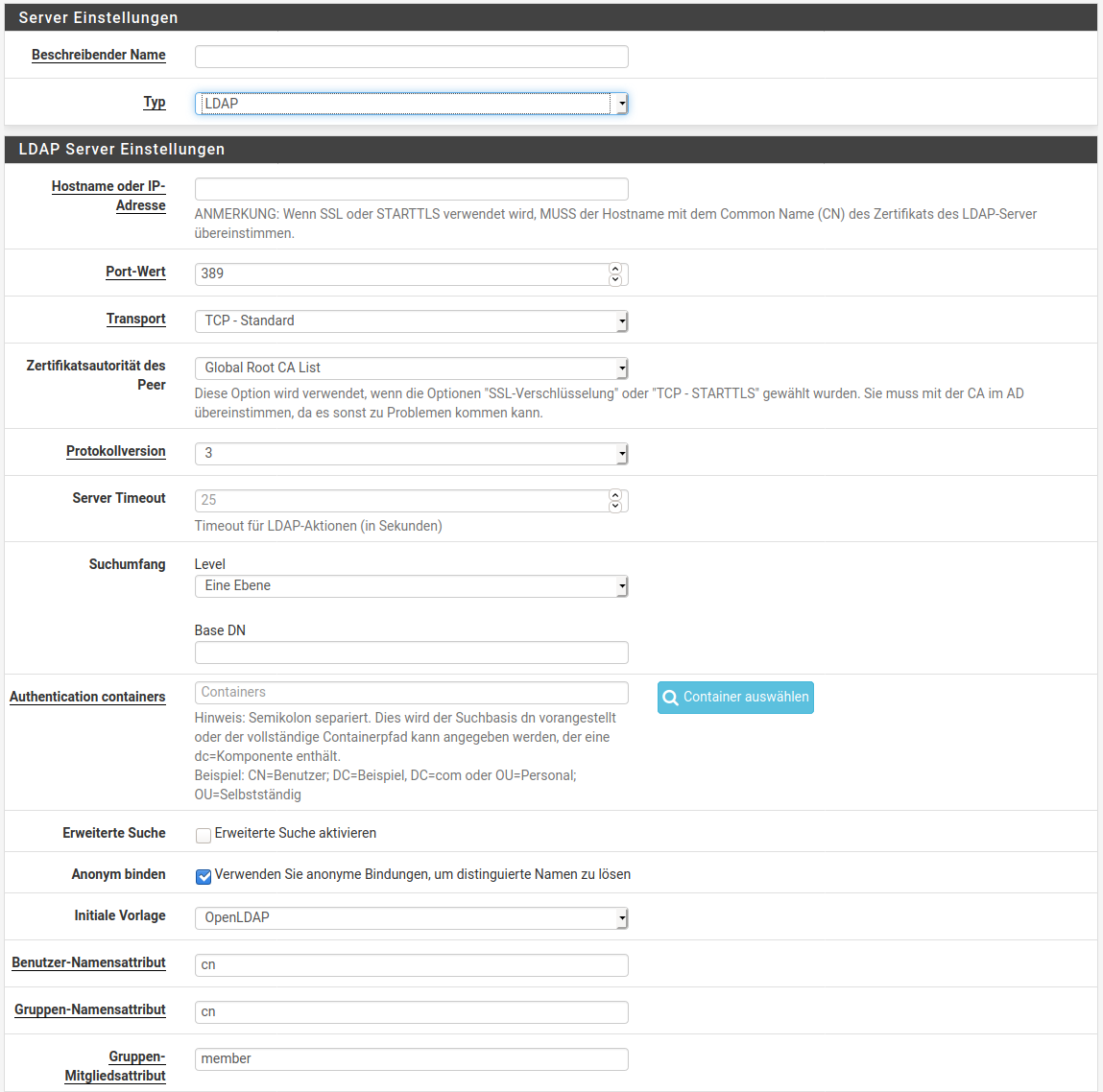 I initially planned on using RADIUS-provided client parameters with OpenVPN but for the moment I’m not due to the following issues discussed in pfSense pull request #4026.

RADIUS actually works, however LDAP is what you get out of the box with UCS without additional services. Though, if you do 802.1x or a secure WiFi network, you might already use the RADIUS feature.

Here are some hints after comparing it against my system:

Keep in mind that this won’t be able to fail-over to a UCS backup or slave DC as is. I haven’t yet played with adding more than one authentication backend.