Tried letting the partitioner install separate partitions for /home, /root, /swap, /tmp, etc and also tried letting them all exist on one partition and both installs failed. Attached are two screen caps of it happening. I’ve tried rescue mode to no avail. The /dev/sda/ drive is plugged directly into the motherboard and the raid card is running a separate volume for user storage. 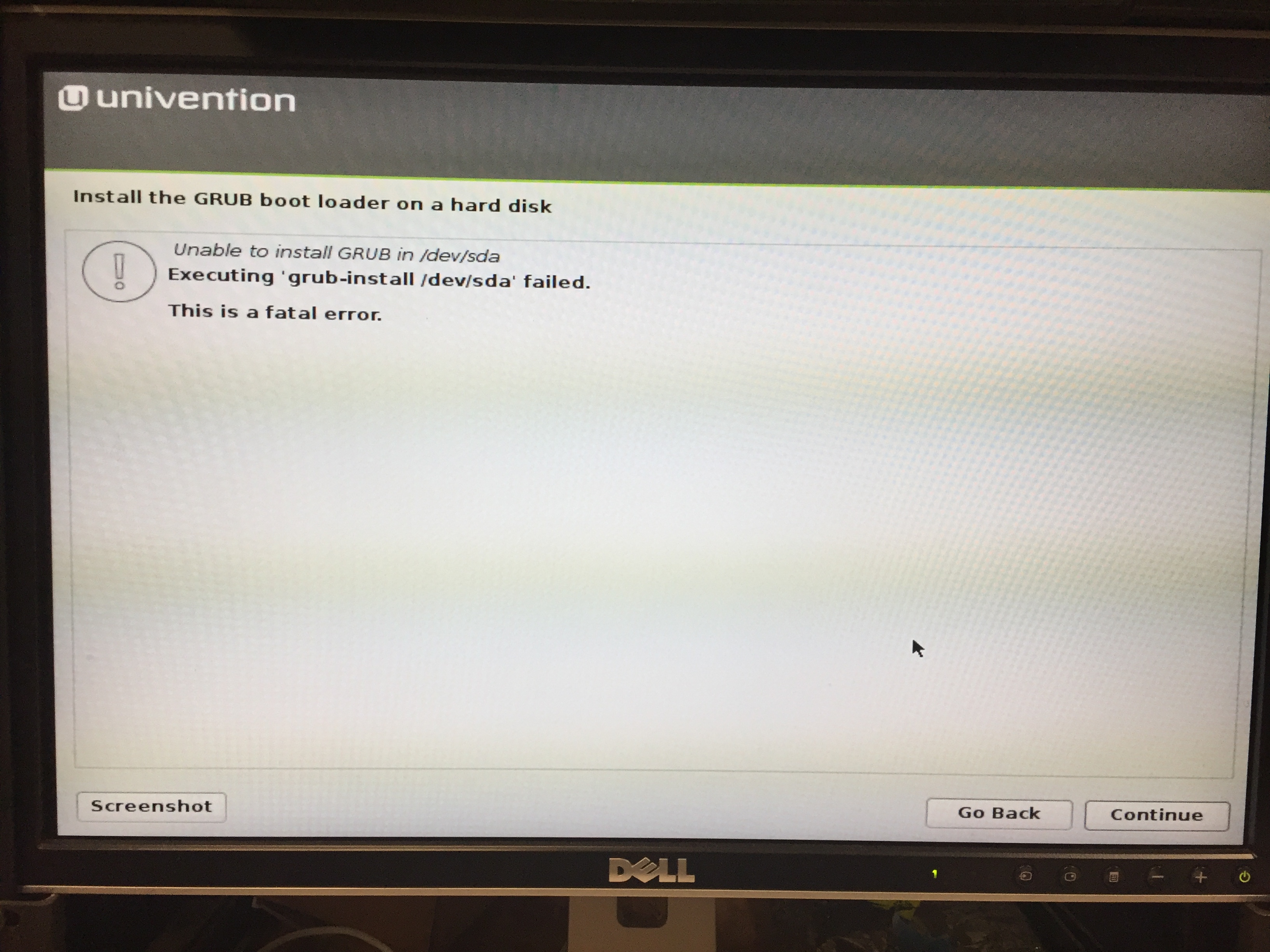 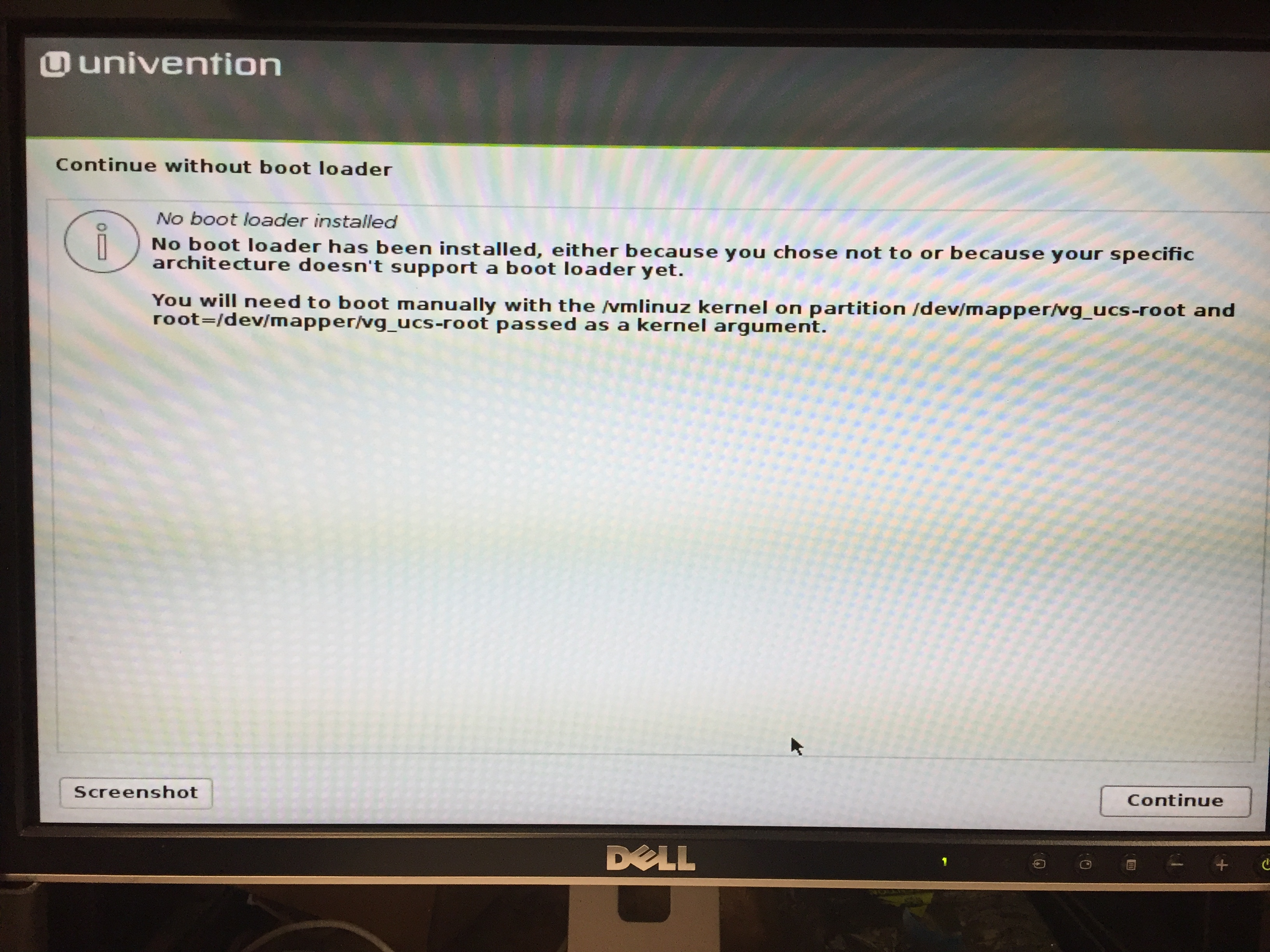 As for installing grub, this is roughly done like this:

funny enough fdisk -l /dev/sda turned out to be the raid drive in the rescue system and /dev/sdb ended up being the boot drive. I need to watch the next install to determine if the partitioner is formatting sda or sdb. I’ll update again probably late tomorrow about this. Maybe it’s getting confused and trying to put grub on the wrong drive which is why it fails.

I did follow your rough (but good enough, thanks) instructions and get grub installed and successfully boot the server.

Congratulations. It’s possible that the installer was confused by the order for some reason. Doing a quick search through the bug tracker I wasn’t able to find anything that matches your issue, though.

Well spoke too soon. I was updating this install because it never finalized correctly and gorked itself after I installed some missing items with apt. I’ve reinstalled and followed your instructions but now I just get a black screen with a blinking underline cursor on it and that’s it. It never boots. And yes I’m installing on the same drive in the same server.

Here are the screenshots from fdisk for /dev/sdb 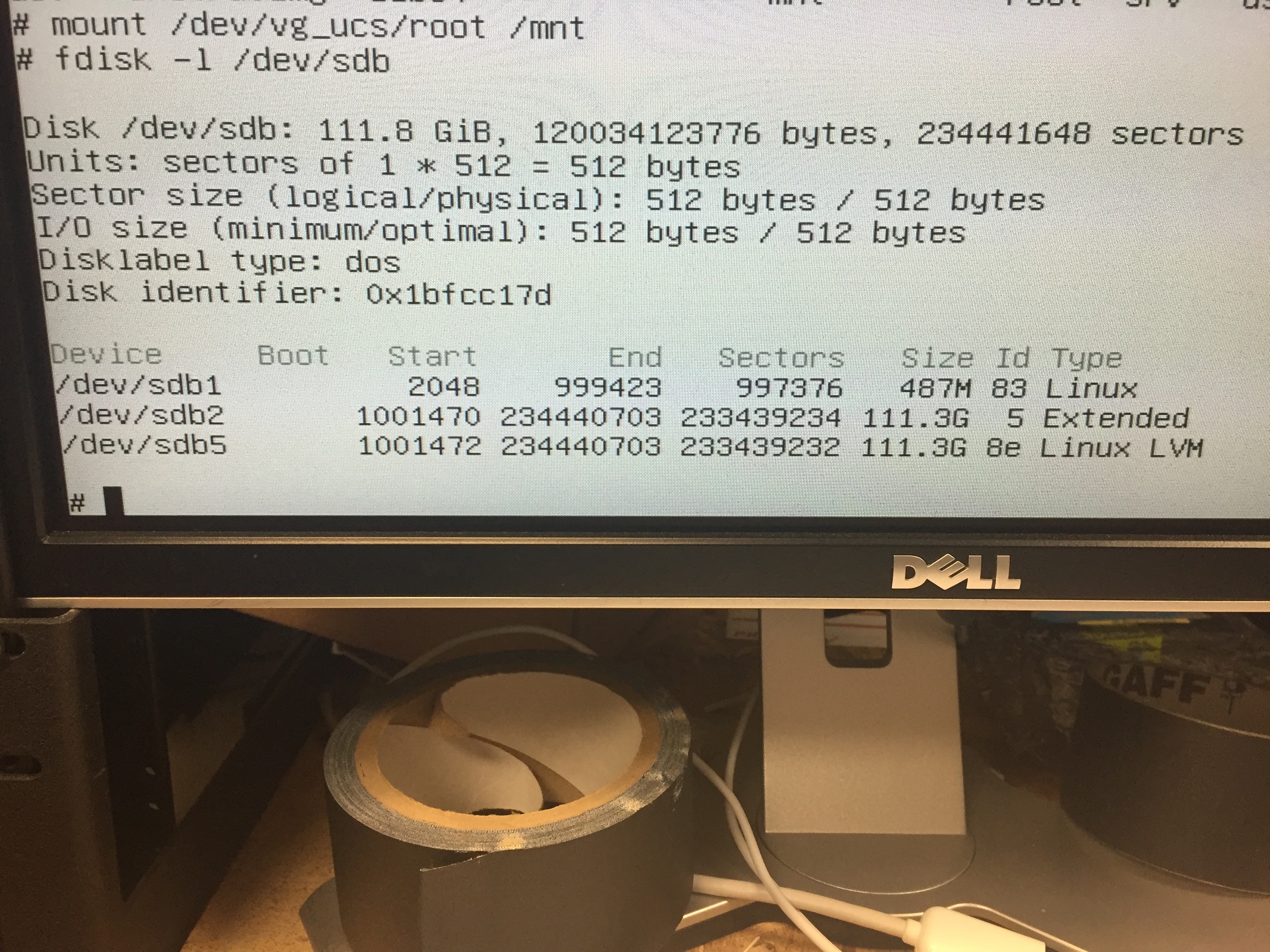 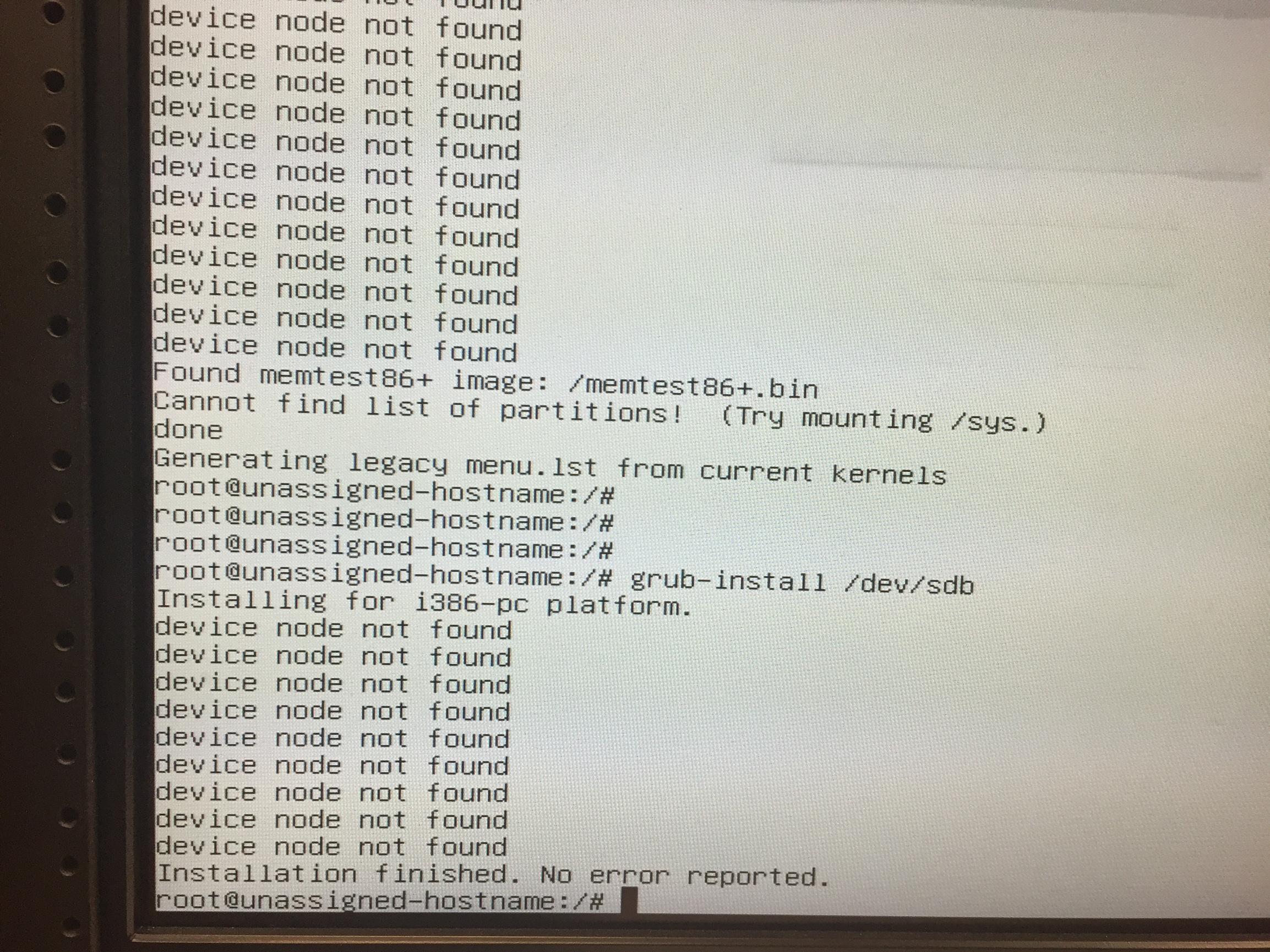 It looks to me as if your computer is looking for a boot loader on a drive where there’s no boot loader installed. I suggest you boot into the rescue system and enter the chroot as I’ve described above, and then run grub-install for both /dev/sda and /dev/sdb.

While you’re at it we should verify that the settings in two of the relevant configuration files match the actual disks. For that execute the following programs and post screenshots, please: 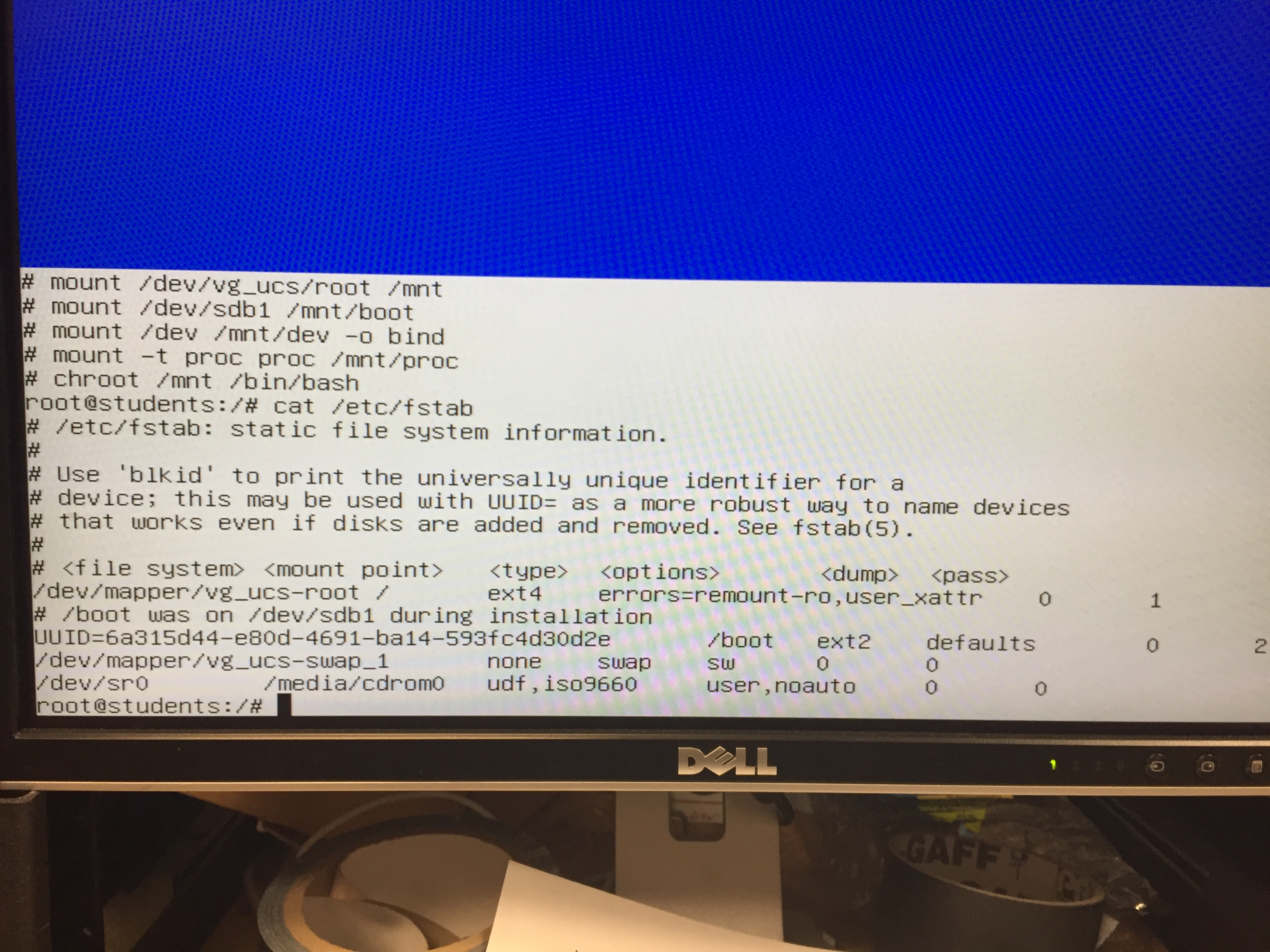 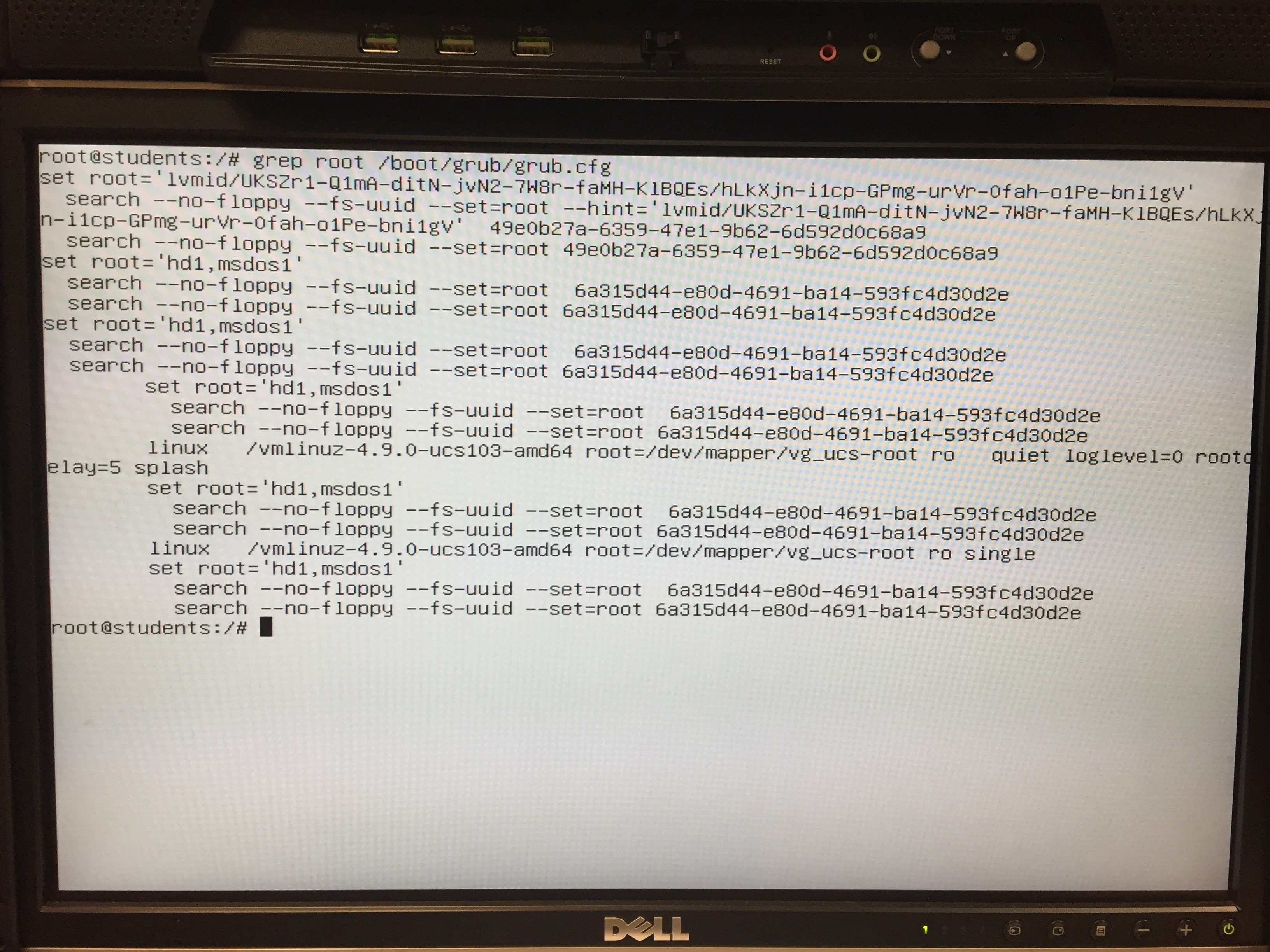 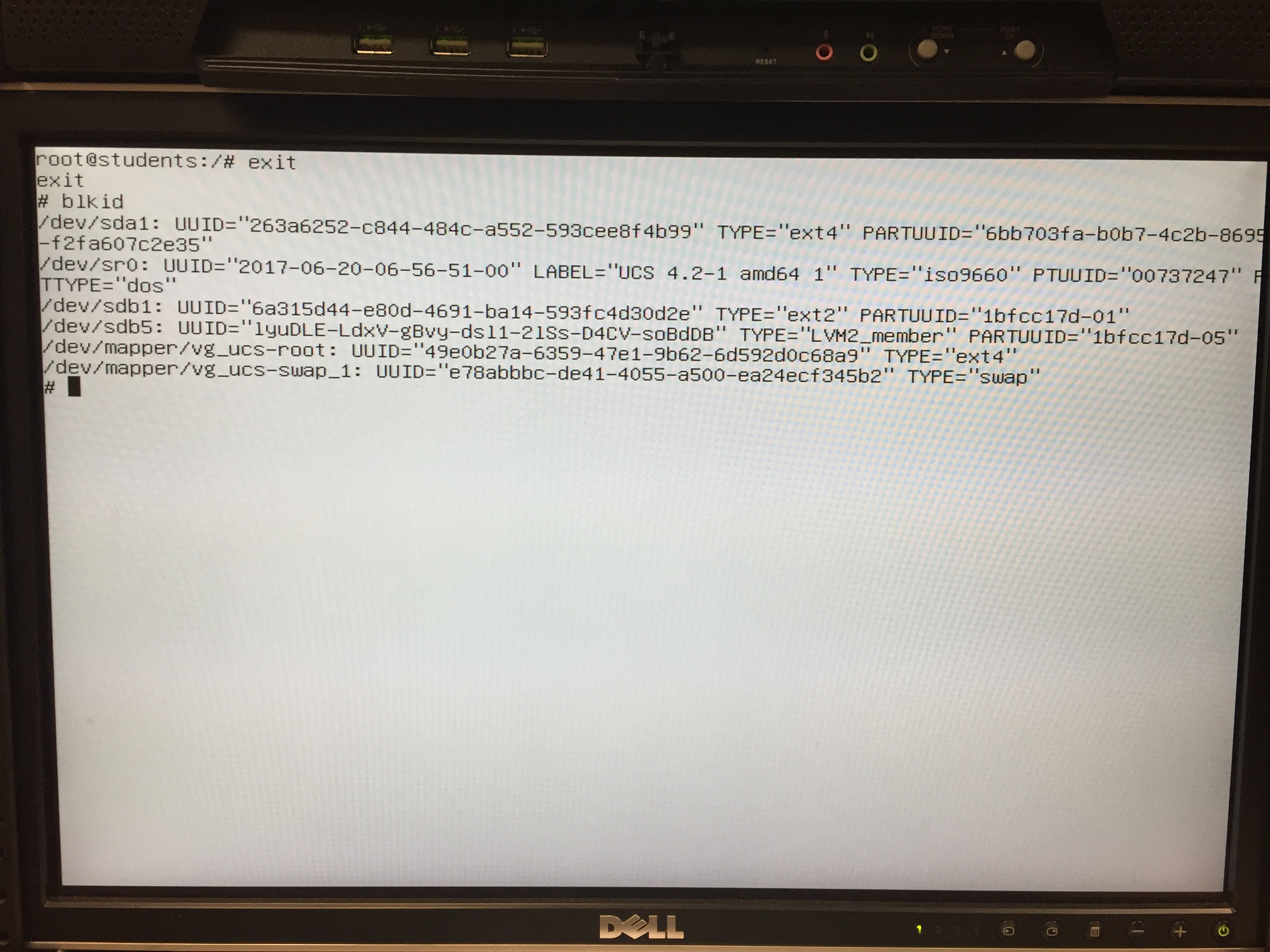 Thanks for the screenshots. The values all match properly:

So please try installing grub on both /dev/sda and /dev/sdb from the chroot as I’ve written above.

I tried to install to /dev/sda and it errors out (boot also failed), then I installed to to both /dev/sda and then /dev/sdb neither works when trying to boot, just a black screen with a blinking cursor both times. I noticed that the grub config looked fine, I compared it to a server with a single drive and it seemed in line with how it was constructed. 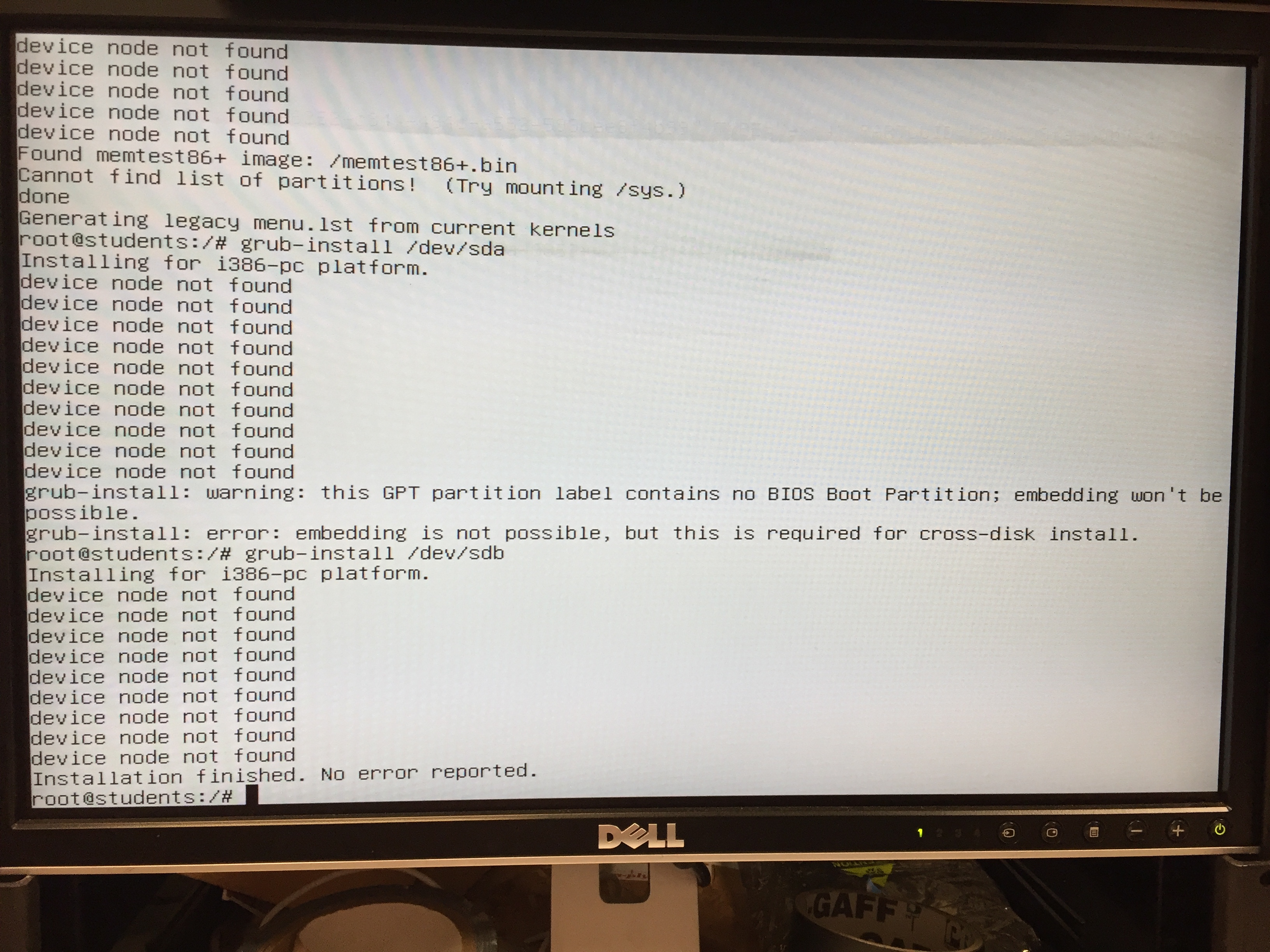 The time it did boot was when I had /dev/sda (raid array) formatted as UFS2 (Freebsd UFS) but upon finding that UCS wouldn’t read the UFS format I re-formatted with with ext4.

If you can’t install a bootloader on the first hard disk, then you’ll have to look at your BIOS/UEFI to change which hard disk it tries to boot from. In many situations you can either change the ordering of hard drives in BIOS/UEFI or at least which hard disk to try to boot from first. Please look there for a solution.