yesterday I had some trouble to install a new Slave in an existing UCS environment.

The versions of DC-, Backup- and Memberserver where all 4.4-4-errata 587 (they are up-to-date according to “software update”).
The version of the ESXi or ISO download file is 4.4-4 errata613.

May be my problems result from the different versions ?

1st I tried to install via ESX-ova which resulted in a lot of failures:
got access only via ssh . Otherwise I received SSL errors after installation which couldn’t fixed from me (same issuer but different certificates). The new machine was joined, but no AD samba modules installed and/or running and a lot more.

So I switched to the ISO download and re-installed the UCS Slave.
After, no user Administrator was installed so the access to the WebGUI was only possible via user “root”.
Furthermore in the GUI the Server Modules are not displayed as with the UCS DC and UCS Backup Server (no access to DHCP-, DNS- LDAP & more - which are all properly installed). Only “join to domain” is availible.

It seems that the GUI think its a Member Server, but 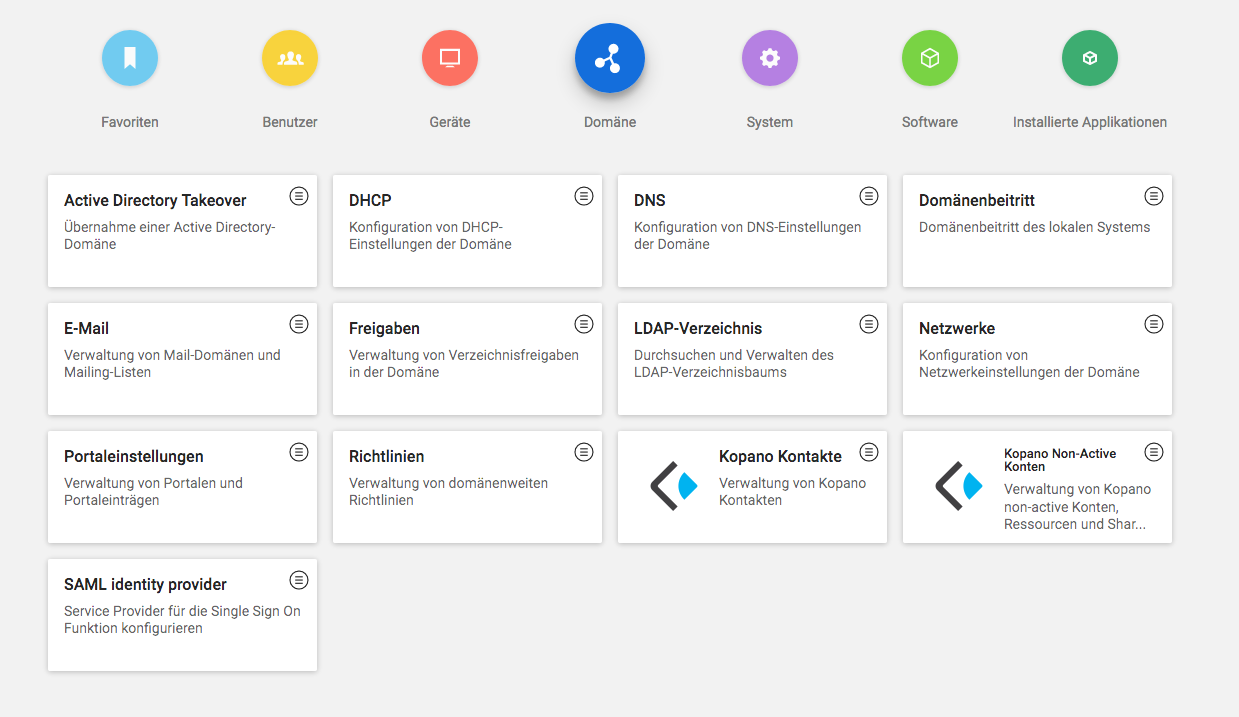 Server is joined without failures.

So I thinks that this is not standard ?
How can I fix that ?

I would suggest to use the ISO install way. Additionally note the following (based on practice):

Both can be done when the system is properly joined!

So give it a try and make sure you use as DNS server the IP address of your master (or backup)- no others!

So I switched to the ISO download and re-installed the UCS Slave.

I only checked, if an update is availible for the installed versions because the download one has a higher version number !

they are up-to-date according to “software update”
ISO download file is 4.4-4 errata613.

The DNS is the IP address of the master (during and after the installation).

Does anyone have any idea why additional server modules installed on the slave, e.g. DHCP server, Radius, Cups etc. are not displayed in the management console?